Piquť and Puyol get medical clearance

Piquť and Puyol get medical clearance

Both the BarÁa centre backs will be able to play against Mallorca after being declared fit at the end of todayís training session. That means Guardiola has 19 players to pick from including the reserve teamís Isaac Cuenca. 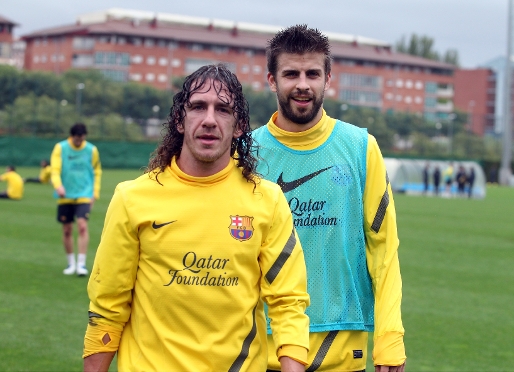 More info
The team got back to work today after Pep Guardiola had given them Wednesday off. The players met up at the Ciutat Esportiva Joan Gamper on a rainy morning for the second to last session before playing host at the Camp Nou to Mallorca. The good news was that both Carles Puyol and Gerard Piquť have been declared fully recovered from their respective injuries. 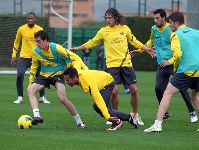 That means Guardiola now has a lot less to worry about in defence, after having to make do without his captain for two league games against Sevilla and Granada due to his pubic trouble. Meanwhile, Piquť has been struggling with a hamstring injury sustained against Racing.

The only injured players are now Pedro, Ibrahim Afellay and Alexis SŠnchez. The Chilean is also well on the road to recovery and was able to join in with some of today’s training exercises.

All 18 of the first team players were on the pitch today, and were joined by Isaac Cuenca, the youngster who started the game at Granada, and has been asked to continue training with Pep Guardiola.
The team will train again on Saturday morning inside the Camp Nou and behind closed doors at 11.30.