Pedro, two to three weeks out

Pedro, two to three weeks out

Tests this morning have confirmed that Pedro has strained the tendons in his left ankle. It is estimated that he will be out for between 2 and 3 weeks. 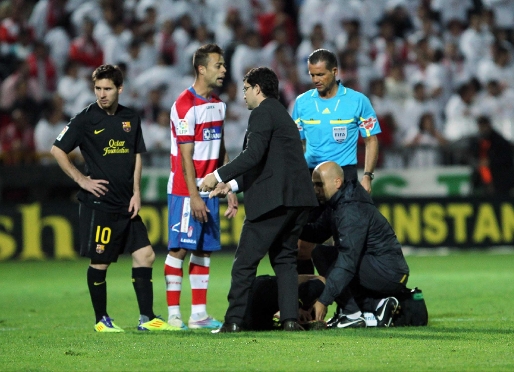 Pedro Rodriguez turned up this morning at the Ciudad Deportiva Joan Gamper, where he underwent more tests to ascertain the extent of the injury sustained in the game against Granada in the stadium Nuevo Los Carmenes. Once the tests had been completed, Medical Services confirmed that the player has strained the tendons in his left ankle.

He will be out for between 2 and 3 weeks, which will force him to miss the League games against Mallorca (October 29th) and Athletic (6th of November - date to be confirmed), the Champions League game against FC Viktoria (1st of November) and the Spanish Cup match against Hospitalet, scheduled for November 9th.