First examinations of Barça’s Spanish international forward has shown he has not suffered any break, but has strained tendons in his left ankle. He will undergo further tests on Wednesday. 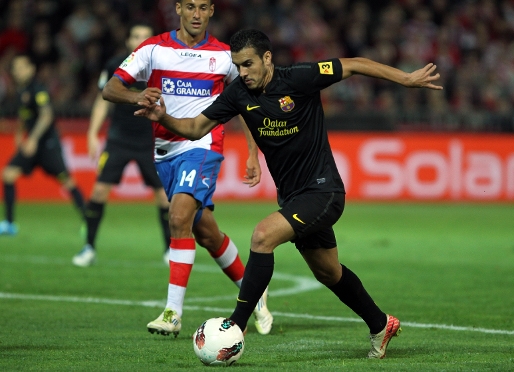 Pedro Rodríguez was carried off in the 55th minute of the game against Granada tonight and was replaced by David Villa after he twisted his ankle.

The Club’s medical services’ first examinations revealed he had not suffered a broken bone, but had damaged the tendons in his left ankle and is expected to be out for between 10 and 16 days.