There’s another round of midweek games in La Liga this week and with Barça playing on Tuesday, they could go top with a win in Granada, as Llevant and Real Madrid both play on Wednesday. 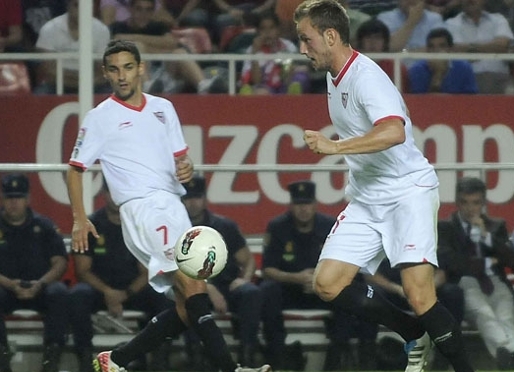 At the other end, Granada and Racing are both playing on Tuesday, with the bottom club facing a tough test at Seville, whilst Sporting are away to Mallorca on Wednesday.

Llevant out to stay top

Llevant will be hopeful of extending their six game winning run when they entertain Real Sociedad, who have failed to win in their last four games and will face Real Madrid at the weekend. Madrid themselves take on Villarreal at the Bernabeu, with last year’s fourth place team struggling to deal with the demands of Champions League and La Liga football this year, sitting fifth from bottom, with just one win so far. Fourth place Seville have won all four home games so far –and drawn all their games on the road – and they will be expecting to keep up their 100% record when they take on Racing – who’ve yet to win this campaign- at the Sanchez Pijuan late on Tuesday night.

Valencia and Malaga need to bounce back

Valencia and Malaga both need good results after the weekend’s games, with Emery’s team travelling to Zaragoza and Pellegrini taking his men to Rayo, whilst Betis won’t find it easy to halt their dramatic freefall when they face Espanyol in Cornella-El Prat on Thursday - the Catalans could move into the top six if they can get the three points. Below Espanyol, Atletico Madrid, on 10 points, face Athletic Bilbao, on 9 points, at the San Mames, whilst Osasuna, also on 10 points, are at struggling Getafe before two upcoming games against Llevant and Real Madrid.