The Catalan midfielder has been voted Player of the Year 2010-11 with more than half a million votes in a poll organised by the on-line Barça supporters community. 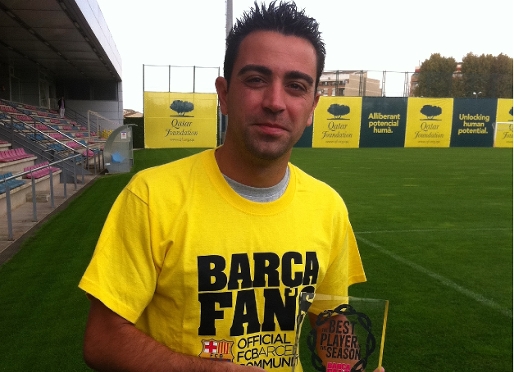 Xavi thanked the Barça Fans for their votes , declaring: “I am very happy and excited to have been chosen as the best player from amongst so the many great footballers who are my team mates. Thank you to everybody”.

More than half a million votes 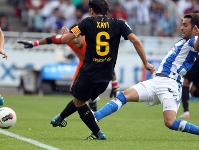 Xavi Hernández received more than 500,000 votes and finished just ahead of Messi and Iniesta. The voting has served both to give the Fans the chance to vote for their favourite and also to get to know Xavi a little better after the community organised a series of questions the Fans could put to the midfielder.

Barça Fans is the official on-line community for FC Barcelona supporters and has more than 600.000 members (as of August 1st) who are able to enjoy special offers and deals connected with the Club. The Barça Fans community is just one part of the global support Barça enjoy, alongside the 20 million fans on Facebook and the 3 million accounts on Twitter – at @fcbarcelona_cat, @fcbarcelona_es and @fcbarcelona).

Barça Fans has grown enormously, not just in the Spanish State, but also in the USA, Colombia, Venezuela, Mexico, India, Poland and Morocco.