If there’s a Champions League game, there’s going to be a David Villa goal! The Spanish striker has scored three so far this season and is the team’s leading scorer in European games. Below are some more facts and figures from the Viktoria game. 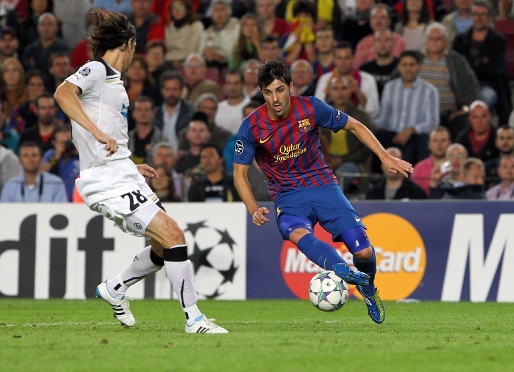 ► Villa, who’s notched up more in Europe this campaign than any other Barça player, has scored in each of this season’s Champions League games: from a free kick against AC Milan, after winning a tackle against BATE and pouncing on the keeper’s parry against Viktoria.

► Messi and Pedro are the next highest Champions League scorers, with two each.

► CSKA Moscow striker Seydou Doumbia is the competition’s current highest scorer with four goals, but Villa is the only player to have scored in each of the three games.

► Éric Abidal made most tackles for Barça with 12. 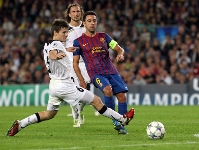 ► Xavi started his ninth game on the run on Wednesday night and the last time he started on the bench was against Villarreal.

► Dani Alves also started his ninth consecutive game – he missed the Villarreal game through suspension. Leo Messi started his eighth game on the run against Viktoria.

► Víctor Valdés enjoyed his fifth game on the run without conceding and has now gone 517 minutes unbeaten – just 60 short of the record he set last season, a record he will be looking to beat against Seville on Saturday.

► There were 74.376 fans at the Camp Nou on Wednesday night – the ground has recorded more than 70, 000 supporters at every one of the seven official games played so far this season.