Isaac Cuenca became the 18th player from the Clubs academy to make his debut with the first team since Pep Guardiola took over. Busquets, Thiago and FontÁs are currently the three most successful. 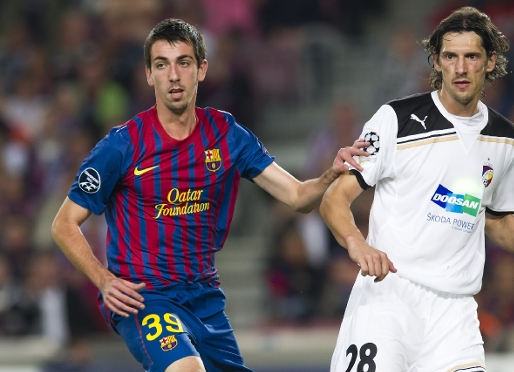 The 18 who have made their debuts

Between Sergio Busquets’ debut in the second week of the 2008/09 season and Isaac Cuenca’s appearance on Wednesday night , Pep Guardiola has given 16 other home grown players their chance in the first team. Some have stayed with the first team, some are still in the reserves and others have moved on to pursue their careers at other clubs.

Three in the first team squad

Sergio Busquets was the first home grown player to make his debut with Guardiola, on September 13th 2008 and he has since gone on to make his name as one of the best midfielders in the game. Thiago AlcÃntara made his debut in the same season and his progress has continued to the point where this season he officially became a first team squad member, alongside Andreu FontÁs, who was handed his place last season.

Nine still left in the B team 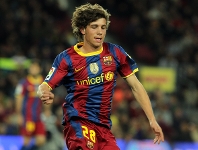 Pep Guardiola regularly calls up B team players for training with the first team squad and he’s also given plenty of them the chance to prove themselves by handing them their debuts. Isaac Cuenca was the latest in a list of players who are still with the B team and have played for the first team - Muniesa, Dos Santos, Bartra, Soriano, Sergi Roberto, Montoya, Miþo and Sergi Gµmez.

Six of the players who made their debuts have moved on to other clubs - BotÚa (Sporting), Abraham (Alcorcµn), Xavi Torres (Llevant), Gai (Manchester City), Nolito (Benfica) and Oriol Romeu (Chelsea). Oriol Romeu made his debut in the Champions League game against Genk on Wednesday night.