Gerard Piqué out for 15 days

Gerard Piqué out for 15 days

The player has pulled a hamstring in his right leg and is going to be out of action for a fortnight. 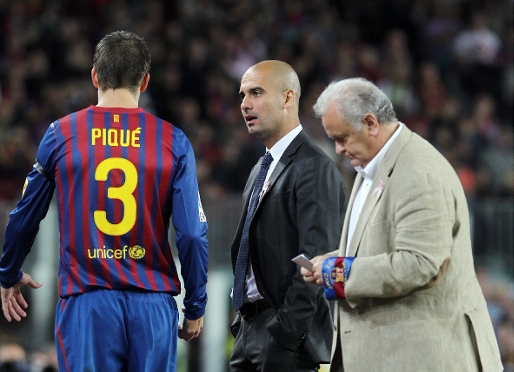 Just eight minutes into the game at home to Racing, Gerard Piqué was replaced by Éric Abidal after pulling the biceps femoris in his right thigh. Tests on the player have revealed the extent of the hamstring injury, and it is estimated that he will be sidelined for about half a month.