Keita away in January and February

Mali drew 2-2 with Liberia yesterday, which means they have qualified for the African Nations Cup and that Seydou Keita will miss a total of 12 games for Barcelona. 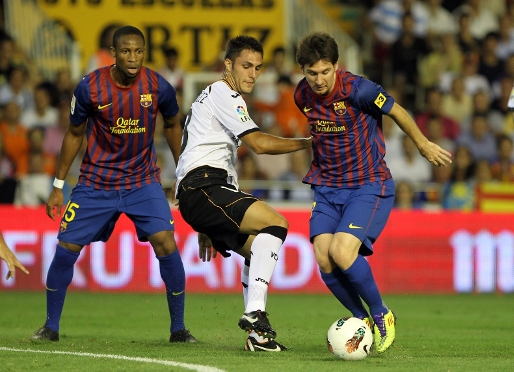 The tournament begins on January 21, but the rules state that teams can call on their players up to 14 days before the start, i.e. from January 7. The ultimate decision in this respect comes down to Mali manager Alain Giresse, because the article also says that at the very least, squad members can arrive just 48 hours before the first match.

Therefore, it is still unclear when Keita will be joining his national team, but it looks like his January schedule could be as follows:

If the Malian is called up a fortnight before the Nations Cup begins, he will miss the league matches against Espanyol at home and Betis away, plus both round of sixteen Copa del Rey matches (if Barça are involved).

While Mali are playing their three group matches, Barça will have Copa del Rey quarter finals (if they qualify), and two away matches in the league at Malaga and Villarreal.

If Mali get through to the last eight, then Keita would also miss the first leg of the cup semi final (if FCB are playing), and the home Liga match against Real Sociedad.

If Mali make it through to the last four, Mali would also miss the cup semi final second leg, if Barça qualify, and would also miss the road trip to Osasuna even if Mali loses, because they would still have the third and fourth place playoff to play.

If Mali manage to go all the way to the final, then Keita could miss as many as twelve games for his club. That last game would be the second round first leg match in the Champions League, provided Barcelona qualify for that stage.