Vicente del Bosque’s Spanish national side imposed their game on the Czech Republic without any serious problems, winning 2-0. Xavi led the team brilliantly and Puyol played for the national team again, after almost a year out. 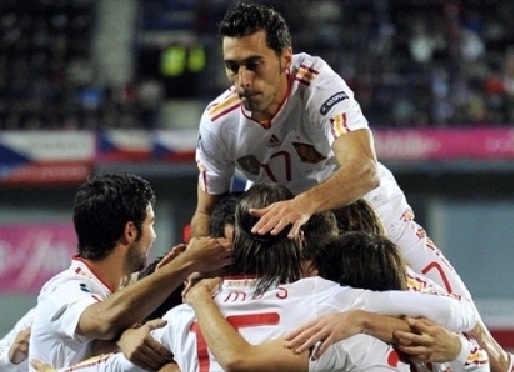 Spain didn’t have too many problems in beating the Czech Republic 2-0. Knowing that they had already secured qualification for Euro 2012, Del Bosque's team played with great authority against a very defensive Czech side, who had a lot to play for in terms of their own qualification. The Barça players Xavi, the best player on the pitch, Pique, and Sergio, were in the starting line-up, and played the whole 90 minutes, whilst Villa and Puyol played 45 and 30 minutes respectively. Pedro and Valdes didn’t feature. 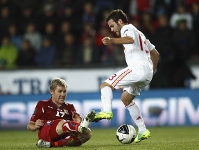 Spain, led by maestro Xavi, dominated the first half, except for the last few minutes when the Czechs tested Iker Casillas. After only five minutes a fabulous pass from Xavi was controlled and slotted home by Mata to make it 1-0.
The Czechs were powerless to resist the total control of the World Champions, who made it 2-0 in the 22nd minute. Xabi Alonso headed home a perfect cross from David Silva. Xavi almost made it 3-0 on 34 minutes but his shot from outside the box went just wide. In the last few minutes, the Czechs reacted with two moves that almost saw Pudil and Rosicky score.

Villa and Carles Puyol come on

After the break, Carles Puyol came on for Ramos. The Barça captain returned to the national team after nearly a year out. Villa came on in the 60th minute for Fernando Torres. Although the pace of the match dropped, Spain continued to dominate without problems. Villa was particularly active, but was unable to score his 50th goal with the national side, although he came close more than once. In the 68th minute the Czech Republic went down to ten players with the sending off of Hubschman who went in too hard on Xabi Alonso, who had to leave the pitch.

Next Tuesday Spain will play their last game of the qualifying phase for EURO 2012, against Scotland, at the Rico Perez Stadium in Alicante.