BarÁa will play 7 games in 23 days before the next international break. There will be three in a row at the Camp Nou and in that time they could secure mathematical passage into the last sixteen of the Champions League. 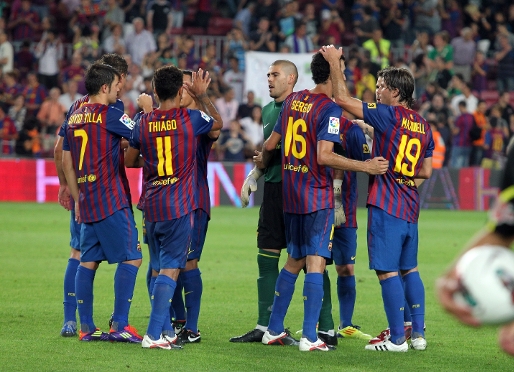 After the break on November 12 and 13, BarÁa could have as many as nine more matches. Four of these are in the league, including the clŠsico against Real Madrid, two more are in the Champions League, and there might also be a Copa del Rey match to play. That’s seven matches, but after that there is at least one, and possibly two more games at the Clubs World Cup in Japan.
October will be a busy time for BarÁa. In just 23 days they have seven games, including two midweek European clashes, plus a Tuesday league match in Granada.

Three in a row at Camp Nou 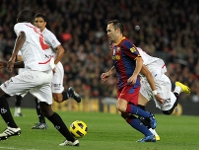 As soon as the international are back, they will have three straight games at the Camp Nou. The first is on Saturday October 15 against Racing Santander (20.00). Then comes game three of the Champions League campaign on Wednesday 19 against Viktoria Pilsen (20.45), the first of two consecutive games against the Czech champions which could see FCB qualified for the second round.

The third game at the Camp Nou will be on Saturday 22 against Sevilla (22.00). There will be little time for rest, because the following Tuesday 25, Barcelona are off to the Nuevo Los CŠrmenes to play Granada for the first time since 1975/76.

BarÁa end the month on October 29 at home to Mallorca (20.00) and their new manager JoaquŪn Caparrůs. Then on All Saints Day, BarÁa may have the first chance to secure qualification for the knockout stage of the Champions League when they travel to Viktoria Pilsen.

The last game before another international break is at San Mamťs against Athletic Bilbao, a game that always produces excitement, and in which Josep Guardiola will be coming up against a man who had a huge influence on his own career, Marcelo Bielsa.