Barça have scored 37 goals in their first 11 games of this season, with just one coming from a dead ball situation – the rest have all been a result of teamwork and occurred in open play. 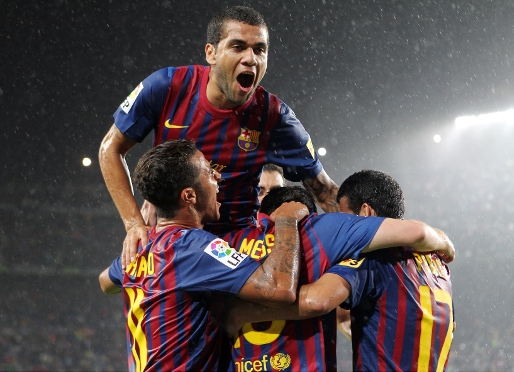 The five goals against Villarreal, Atlčtico Madrid and BATE Borissov, or the historic 8-0 win over Osasuna have helped to make Barça the leading scorers around at the moment and what’s more, the goals are nearly all coming from open play.

The 36 goals in open play have come with clever one-twos, incisive passing and brilliant interplay between Barça’s stars. The team’s leading scorer is Leo Messi, who as well as scoring 14 times has also laid on 9 assists for his teammates.

There has only been one goal from a dead ball situation – David Villa’s stunning free kick against Milan in the first game of this season’s Champions League. That one of course, wasn’t quite enough, as the Italians fought back to grab a point in the last minute of the game.

Three of the 37 goals were down to defensive errors: Osasuna’s Roversio put through his own net, as did Atletico Madrid’s Miranda and BATE’s Volodko.