Defence is the best form of attack

Defence is the best form of attack

The current Barça team is famed for its attacking ability, but is also extremely solid at the back, having just kept three consecutive clean sheets. 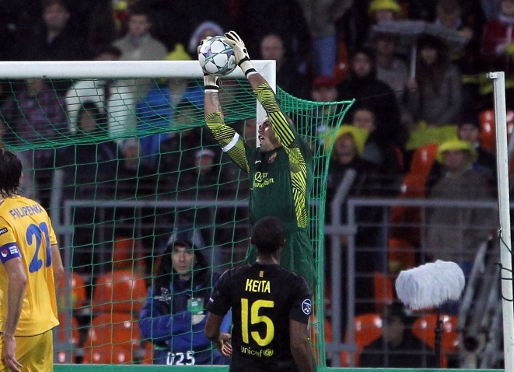 A common comment at Barça is the one that goes that “defence is the best form of attack”, and in Guardiola’s book, that defending starts in the opponent’s half of the pitch. The idea behind that is that if his team does lose the ball, then there are immediately men available to win it back and build up another attack as quickly as possible.

3 shutouts in a row 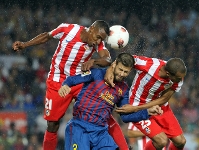 Barça have just scored 11 goals in three games against Sporting, Bate and Atlético Madrid, while not conceding any. In official matches played so far this season, the Catalans have conceded two goals in five games, while in all the other six matches they have managed to keep clean sheets.

Barcelona have had the best defensive records in the last three seasons. The first year they let in just 35 goals, in the second 24 and last year, 21. The stats have got better and better since Guardiola arrived, and it would be no surprise for there to be further improvements this time round. At this stage of the last three campaigns, Barça had leaked 0.7 goals a game, but after conceding 4 goals in 6 games so far this term, that makes for an even better average of 0.66 goals.

Defence not part of the system

Guardiola has always believed that everybody is responsible for helping out in defence, and adjusts his system regardless. Barcelona have just played three games using a 3-4-3 system that has sometimes had to make do without Puyol or Piqué, but the solidity at the back has never wavered, with no goals scored against them and Valdés not having an enormous amount of work to do.