The Barça keeper continues to make history and has equalled Zubi’s appearance record -just another fact following on from the game in Gijon. 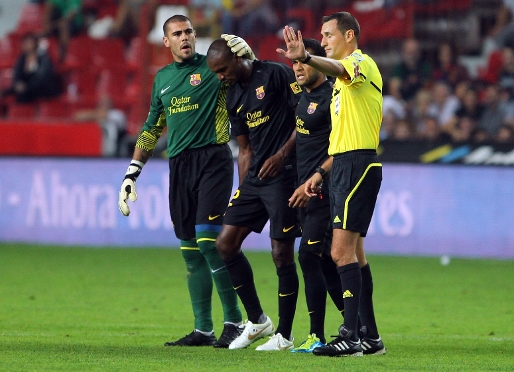 ►The game at El Molinon saw Valdes equal Andoni Zubizarreta’s record of 301 league appearances -the highest of any Barça keeper. 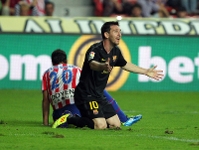 ►The team set a new record of scoring in the last 24 away games.

►Sunday’s was the first away win of the season, following draws in Anoeta and Mestalla.

►Sporting were the only team not to concede three or more goals in a league game against Barça last season.

►Adriano scored with his only effort on target during the whole game.

►Pep Guardiola played with a three man back line . After Abidal’s injury, Maxwell and Piqué came on and the team reverted to a back four.

►Barça enjoyed 79% possession in the first half and 69% after the break, making 808 successful passes against 206 for Sporting.

►Barça had 14 shots on target against 4 for Sporting.