Cesc out for 3 weeks

Cesc injured and out for three weeks

The FC Barcelona, midfielder suffered a hamstring injury in training on Saturday morning and will be sidelined for three weeks. 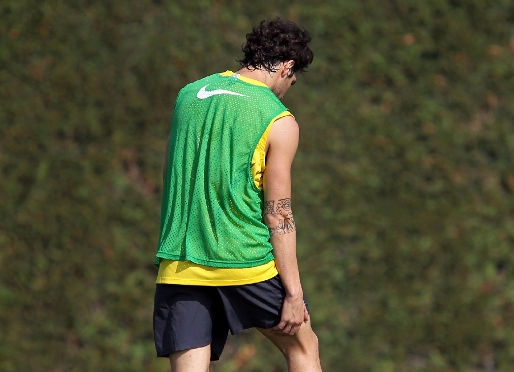 Pep Guardiola has lost Cesc Fŕbregas for three weeks after he suffered an injury in the final training session before the league game on Sunday evening with Sporting Gijón. Tests have revealed that he has torn fibre in his right femoral biceps.

He is expected to be out of action for three weeks, and therefore misses the trip to El Molinón this weekend. This will be followed by an international break, so Barcelona won’t play again until October 15 against Racing Santander, a game he will also miss, along with the Champions League meeting with FC Viktoria at the Camp Nou. If all goes to plan, he will be available for selection for the following home league game against Sevilla.