Cesc one short of César and Ibra record

Cesc one short of César and Ibra record

The Barça midfielder has scored four goals in as many Liga games. If he scores against Atletico Madrid he will equal the record set by César and Ibrahimovic, who both scored in the first five games of a championship. 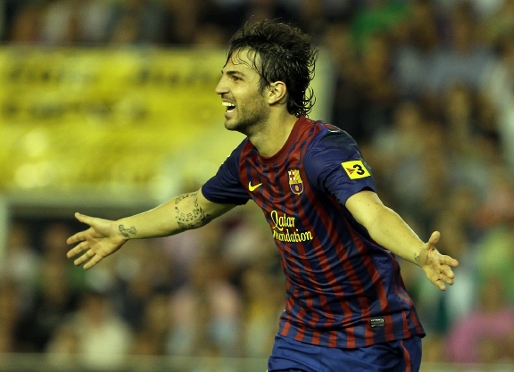 Ever since signing for Barça, Cesc Fŕbregas has proved his ability to find the net. He has scored six goals in eight appearances, including four in the league. Only the legendary César and Swede Ibrahimovic have ever scored in more consecutive games from the start of a season. If Cesc scores at the Camp Nou on Saturday, he will have matched the achievement of those two great strikers. 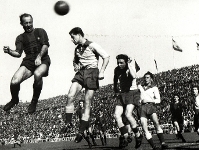 Barça’s highest scorer ever, César Rodríguez, set an amazing record in the 1950/51 season by scoring nine goals in the first five league games of the campaign. Real Sociedad, At. Madrid, Real Madrid, Murcia and Valencia were on the receiving end. César scored a total of 235 goals in official matches, 195 in the Liga.

In his only season at FCB, Zlatan Ibrahimovic also got off to an amazing start, scoring in the first five games of the championship, and getting a total of eleven in just the first thirteen games. But following the Christmas break, he lost some of that touch, and only managed to add a further five to his tally.

The season has only just started but Cesc has already scored more times than in his final season with Arsenal in its entirety, where he scored just three goals in 25 Premier League outings for the Gunners. His best season was 2009/10, with 15 goals, followed by seven in 2007/08. The way things are going, Cesc could well set a personal record this season.

Cesc’s performances have not gone unnoticed among his team mates. Xavi Hernández said on Thursday that “Cesc improves my game and that of any other footballer,” while Pedro Rodríguez has described Fŕbregas as “sensational. He is a great player and on great form at the moment”.