After three games, two players are already top of the goalscoring charts with five goals. Soldado and Messi will be on the same pitch at Mestalla on Wednesday night. 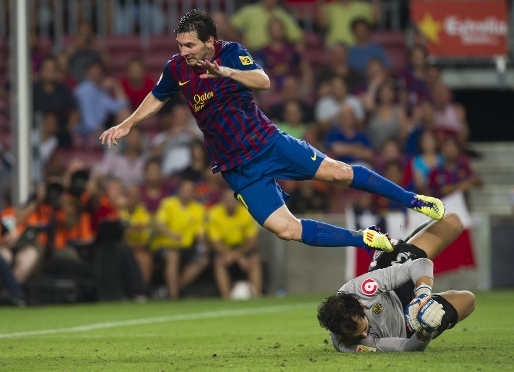 The Liga champions face the current leaders in what promises to be a cracking encounter on Wednesday night, and the game also brings together the most effective strikers of the campaign so far: Soldado and Messi. 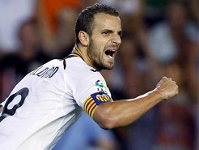 Messi, the tip of the iceberg

Soldado and Messi have been getting the lion’s share of the goals for Valencia and Barça this season. The Argentinian has been the author of 5 of the 15 goals his side has scored so far, and has also supplied assists for three of the others.

The Valencia forward has scored 5 of his team’s 6 goals this season, including an opening day hat-trick in the 4-3 defeat of Racing Santander. He has scored in every game so far, getting the only goals in 1-0 wins over Atletico Madrid and Gijón. Four of those goals have been the result of Soldado’s opportunistic eye in the area, while the other was an absolute scorcher against Atletico. However, Valencia is anything but a one-man show, for his job is generally to finish off the exquisite creative playmaking of players like Piatti, Pablo, Canales and Jonas.