Villa back at Mestalla on Wednesday

Villa back at Mestalla on Wednesday

On Wednesday, Barça travel to Valencia for the second time since David Villa has been in the team. The Asturian was a hero at Valencia, where he played for five magnificent years. 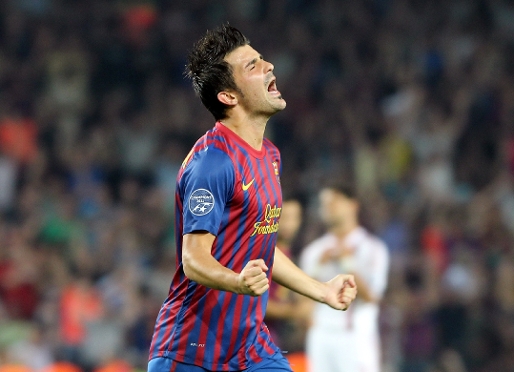 Last season, David Villa appeared at Mestalla for the first time since joining FC Barcelona, wearing the same number 7 shirt he had worn at his former club. Barça won 1-0 with a goal from Messi, but Villa also played an important role in the triumph and played all 90 minutes. 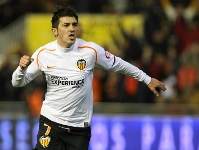 Villa scored 108 league goals for Valencia, an average of 22 a season. In that time, he helped the team to Copa del Rey victory in the 2007/08 season, and his goals were one of the main reasons why his team played in three editions of the Champions League.

Villa made an even bigger name for himself on the international scene. He helped Spain to the Euro 2008 title in Austria and Switzerland, where he was the tournament’s top scorer. He has since gone on to become the highest goalscorer in the history of the Spanish national team, and was also the joint top scorer at the South Africa World Cup in 2010, where Spain won the title for the first time ever. Villa had already signed for FC Barcelona at the time, although he had yet to make his debut for the Catalan giants. 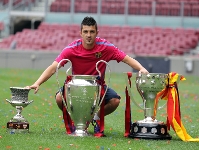 Going into his second season for FCB, Villa has 20 goals in his account for the club, 18 last season and two so far this term, both in the 8-0 drubbing of Osasuna. He also scored official goals against Real Madrid in the Supercup and Milan in the Champions League.