Alexis, out for eight weeks

Alexis, out for eight weeks

Tests have confirmed this morning that the Chilean player has a tear in the femoral biceps of his right leg. He will be out for approximately eight weeks. 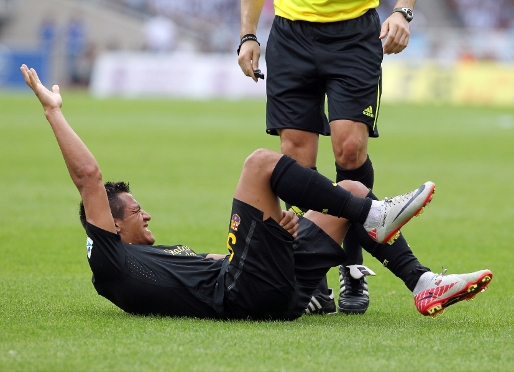 Bad news for Guardiola, as it looks like Alexis Sanchez will be out for the next two months. The player, who was injured in the 30th minute of the match against Real Sociedad, underwent more testing this morning, which diagnosed a rupture of the femoral biceps of his right leg.

He should be out for about eight weeks. If that happens, Alexis will miss a total of 13 matches, between League and Champions League, and won’t be back until the game against Zaragoza, on matchday 13.