It’s time to think about Milan

It’s time to think about Milan

Barça trained this morning with their minds on Tuesday’s match against Milan, in the Champions League. 4 B Team players joined the group. 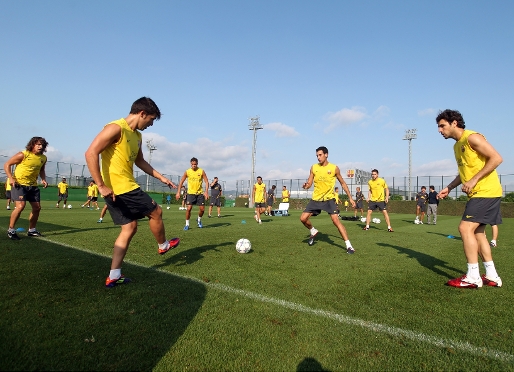 More info
Following the 2-2 draw against Real Sociedad, the team got up early on Sunday to carry out some recovery work, and to start thinking about Milan. The players who started against Real Sociedad did some recovery work. 4 B Team players, Oriol Rosell, Lobato, Gustavo, and Masip, who weren’t called up by Eusebio to face Deportivo this Sunday evening (20.00), joined the session. 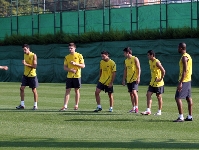 The session began with the players forming a circle on pitch number 2 of the training ground, taking the opportunity to congratulate Eric Abidal on the day of his 32nd birthday. The Champions League ball was used in the training session.

Barça will train again on Monday from 19.15 hours, at the Camp Nou. Before training one of the players will appear at a press conference, followed by Pep Guardiola.