Keita and Adriano back

Keita back after playing for Mali and Adriano trains with squad

After a three-day break, the first team returned to training today. Keita is back after playing for his country on Saturday, and Adriano trained normally for the first time since the European Supercup. 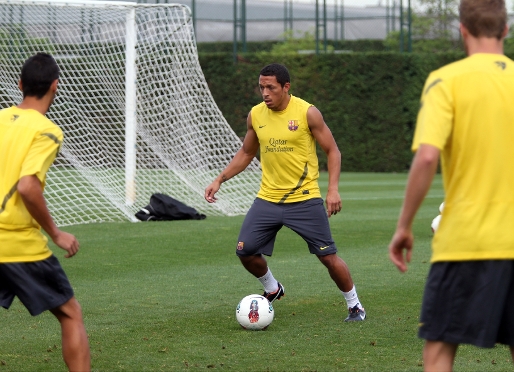 More info
There were seven first team players in action on pitch number 2 at the Ciutat Esportiva, namely Pinto, Fontŕs, Maxwell, Puyol and Afellay, who also trained last week, and the returning Keita and Adriano.

The international week has again meant Pep Guardiola has worked with limited resources as he prepares for Saturday’s Liga match with Real Sociedad. But he did at least have Keita back, who has completed his duties for Mali. 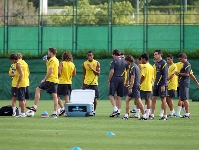 It was also good to see Adriano training with the group after spending the last few days recovering from an injury to his left femoral biceps. The injured Puyol, Maxwell and Afellay also worked with the squad, but Gerard Piqué stayed in the gym.

Eight from B team

Guardiola also used eight Barça B teams in the session, namely Oier, Masip, Gustavo, Carmona, Gerard Deulofeu, Rosell, Cuenca and Lobato, none of whom played for the reserves in last weekend’s game with Cartagena.

Internationals back on Wednesday

The international players are due back in Barcelona on Wednesday and will be taking part in a training session scheduled for 19.00 at the Ciutat Esportiva Joan Gamper.

Alexis Sánchez and Dani Alves, who have already completed their international duties, will also be returning on Wednesday after the coaching staff decided to let both players enjoy an extra day off.