Week of work ahead of Super Cup clash

Week of work ahead of Super Cup clash

With less than a week to go till their 1st official game, FCB are putting the finishing touches to this week’s preparations to ensure they go into the game in the best possible condition. Not till Thursday though, will Pep have a full squad available 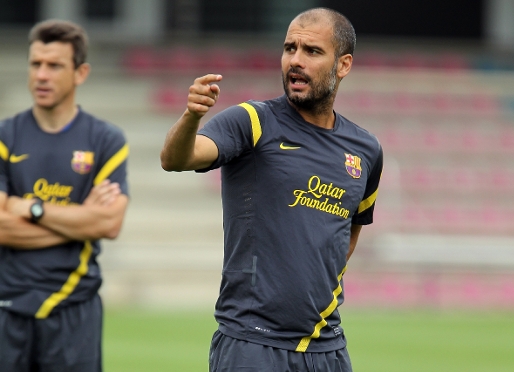 Ten first team players have been called up for international duty and that means that when the squad come back from their post US Tour rest, Guardiola will only have a handful of players to begin work with. The game between the last two World Cup winners, Italy and Spain, sees Valdés, Piqué, Sergio, Thiago, Iniesta, Villa and Pedro in the Spanish squad, whilst Abidal and Alexis will be involved in the France- Chile game in Montpelier and Dani Alves will be with Brazil for their match against Germany in Stuttgart.

There will be a double training day for those players just back from their summer break on Monday, with the exception of Dani Alves, whilst nine of the reserve teams players who took part in the US Tour - Balliu, Gómez, Carmona, Deulofeu, Dos Santos, Cuenca, Espinosa, Armando and Riverola will be part of the squad who are in Tarragona for the Catalan Cup.

Full squad not back till Thursday

The first day that Guardiola will have his full squad available for training will be Thursday, when a session is set for 7 in the evening - leaving him just four days to get them ready for the game at the Bernabeu on Sunday which will set last season’s League and Cup winners against each other for the season’s curtain raiser.