From today Thursday, Josep Guardiola is free to select both Milito and Jeffren, who have fully recovered from their respective injuries.

Good news to end 2010. After training at the Ciutat Esportiva Joan Gamper today, the Medical Services have decided that both Gaby Milito and Jeffren Suárez are back to full fitness.

Milito was injured in the 39th minute of FC Barcelona’s cup game on November 10 against Ceuta (5-1), and it was revealed that he had damaged the femoral biceps of his right thigh. 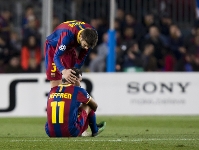 As for Jeffren, he suffered a serious groin strain in the 11th minute of the Champions League match with Rubin Kazan on December 7 (2-0), and had to be substituted by Víctor Vázquez. 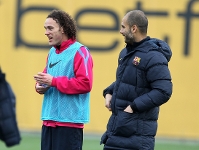