FC Barcelona will meet Arsenal in the Round of 16 of the UEFA Champions League with the first leg taking place at the Emirates on February 16 and the return game in Camp Nou on March 8.

The draw in Nyon, Switzerland saw the Blaugrana paired with Gunners and the teams will play for the second consecutive season. Last term the opening game ended in a 2-2 draw in London before Barēa progressed with a 4-1 triumph at home.

That aggregate triumph will long be remembered for the performance of Lionel Messi as the Argentinian star scored all four goals in the second leg victory. Now he has another chance to test himself against Arséne Wenger’s team as Barēa meet the Gunners in February and March of 2011.

Barēa’s game against Arsenal is one of the ties of the round, which will be spread out with the first legs taking place on February 15/16 and 22/23 while the return games will be played on 8/9 and 15/16 of March. 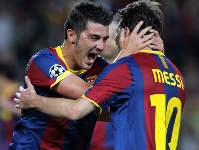 Going into the draw Barēa were one of the eight group winners and could not be paired against either FC Copenhagen, who they met in the group stage, or Valencia, as they play in the same domestic league. Manchester United and England legend Sir Bobby Charlton assisted in the draw and helped throw up some enticing tise.

The eight teams that make it past the Round of 16 will see their names go into the draw for the quarter finals on March 18. 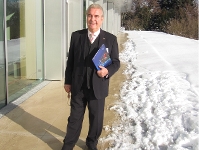 FC Barcelona were represented in Nyon at the draw by Amador Bernabéu, the head of Institutional Relations at UEFA, because club vice president Josep Maria Bartomeu nor sporting director Andoni Zubizarreta were able to travel due to heavy snowstorm in Switzerland. 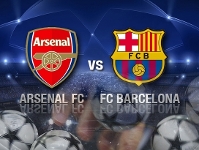