Guardiola: "the job is done”

Guardiola: "the job is done”

In his pre-match press conference, Pep Guardiola admitted that the Rubin game was not quite as important as the previous group games, given that “the job is already done” and Barça are guaranteed top spot.

Quizzed about his squad selection, with six first teamers absent Guardiola insisted however, that: “we have to keep up our good form and I want everyone to participate. We are group winners again and the job is done, but out of respect, we will trying to play our dynamic game and making the maximum number of chances”, the boss explained. 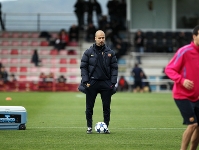 The Balón de Oro nomination of Iniesta, Xavi and Messi is according to Guardiola “a tremendous success of an enormous dimension. They’ll share it with the rest of the squad because they’ve all contributed”. Guardiola also had words of praise for Iniesta and Xavi’s Spanish managers Del Bosque and Aragones: “who also played their part in this”. As to his own nomination as Manager of the Year, Guardiola commented: “the theory that Barça is good for us all continues to be true”. 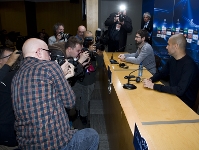 Guardiola was again questioned about Saturday’s travel arrangements to Pamplona and the criticism that has been aimed at himself and the club and he was adamant: “everyone gave their opinion and after the game I set out exactly what happened. The Club and the Federation ratified what I said. I don’t feel isolated on this, I feel very protected”. 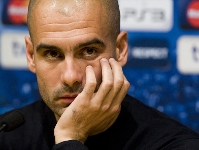 Guardiola also revealed that after returning to European action following his two game suspension Pinto will play in the game against Rubin.