Villa in line for Athlete of the Year Award

David Villa is one of twelve sportsmen nominated for the Athlete of the Year Award organised by the United States Sports Academy.

It’s been a dream year for David Villa so far – winning the World Cup, signing for Barça, winning the Spanish Super Cup and scoring twice in the famous 5-0 win over Real Madrid. Now he has been named as one of the twelve sportsmen nominated for the Athlete of the Year, the 26th edition of the award given by the United States Sports Academy.

How can Villa win? Well, the award is given after a popular vote and Barça fans can cast their vote on the official website of the Academy as many times as they wish. 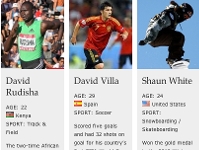 Villa, who has been nominated by another popular vote and the decision of the Academy Jury, will be up against Drew Brees, Kobe Bryant, Ashton Eaton, Roy Halladay, Jimmie Johnson, Phil Mickelson, Rafael Nadal, Cameron Newton, Manny Pacquiao, David Rudisha and Shaun White. 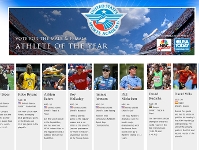