Milito back on the pitch

Milito back on the pitch

Gaby Milito was back at the Ciutat Esportiva on Thursday, 22 days after getting injured in the Copa del Rey match with Ceuta. He trained, but not with the rest of the team. 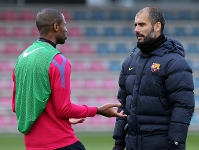 The presence of the Argentinian was the big story, while, Guardiola also trained with 18 members of the first team and a couple of reserves.

All of the first team players that sat out the Copa Catalunya were present for the whole session.

Leo Messi is still suffered from a minor strain, and therefore stayed indoors for treatment, while the Barça B players were Oier and Thiago. 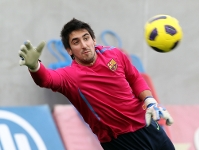 It was also yet another unusually cold day in Catalonia, which meant the players wrapped up warm. This is actually good news, because the players are going to have to deal with a considerable drop in temperature when they travel to Pamplona this weekend. 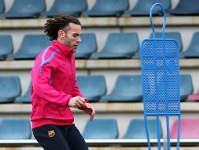 The squad will train again tomorrow Friday at 11.00, their last session before Saturday’s game in Pamplona (20.00). Afterwards, Josep Guardiola will be attending to the media.