Josep Guardiola has said that the team is entirely focused on the Champions League game with Panathinaikos, and has promised that he wonĺt be conditioning his selection by the forthcoming Madrid match.

He made it clear that “we haven’t qualified yet” and that they are in a difficult and demanding competition in which they will have produce the best game they can to get the all-important win in Greece. 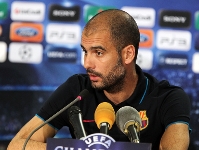 Guardiola will not be conditioning his side against Panathinaikos by the big Barša v Madrid on Monday. “We’ll put out the best team we can. We haven’t qualified yet and we want to top the group. It isn’t hard to forget the clßsico, because it’s what we did the last two years, and there’s plenty of time to relax and get ready for it the right way.”

The biggest handicap could be the change of head coach at the Greek club. “The new manager means Panathinaikos are an unpredictable team. I don’t know much about how they’ll play under Mister Ferreira, and that’s an added problem. We will have to be ready to react. I’d like more references, but I don’t have them, so I’ll have to use my intuition and adapt.” 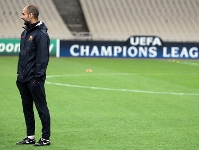 The Barša boss made it clear that his utmost priority is to get FC Barcelona into the second round of the Champions League, and even better as group winners, because that ensures playing the return leg at home. 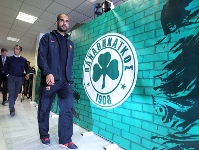 Statistics to be broken

Amazingly, Barcelona have only won once in their last 11 Champions League away games. Josep Guardiola said “that shows how tough this competition is. Neither should you forget that we won it two years ago, and were semi finalists last time, so we haven’t done that badly.”