FC Barcelona have scored 332 goals since Pep Guardiola took over as head coach and Lionel Messi is the top marksman with 100 goals to his name.

On Tuesday evening the Argentinian forward opened the scoring for the Blaugrana against Copenhagen and hit the century mark in doing so. 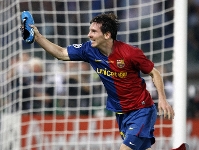 Guardiola’s appointment as coach saw Messi raise his game even higher and begin a run of form that has broken records across the board. In just 117 official matches the number 10 has scored 64 goals in the league, 22 in the Champions League, seven in the Copa del Rey and two in the Club World Cup.

Given that Barça have scored 332 goals since Guardiola took over that means that Messi has netted no less than 30.1 per cent and is way out in front of second-placed Samuel Eto'o, who scored 36. In third place in the scoring charts is Thierry Henry with 30, then come Pedro, 25, Zlatan Ibrahimovic, 22, Xavi, 18, and Seydou Keita with 13. 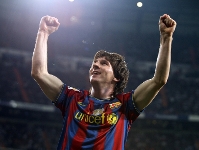 During the 2008-09 season Messi scored 38 goals and then impressed even further last term as he netted 47 times to become the top scorer in both the Spanish league and across Europe. This season he has already scored 15 in 13 official matches with seven coming in the last four games. 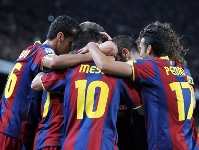