It’s Barca’s turn to play late tonight, with Real Madrid kicking off two hours before them and Valencia starting the weekend’s games at 18.00.

Second place Villarreal play at Sporting on Sunday, as do Espanyol, who’ll be looking for a win in La Coruńa to push into a top four spot.

After a week of Spanish Cup football, La Liga is once again centring the attention of the Spanish teams and Racing, who lost away to Cordoba, and Villarreal and Getafe who drew away to lower league teams will all want to put their midweek slip ups behind them with good performances this weekend.

Valencia look to get back on track

Valencia had a terrible time the week before last, losing their unbeaten record with two defeats against Barça and at home to Mallorca, but their 0-3 win against Logrońes in the cup should have given them a boost ahead of Saturday’s visit of bottom club Zaragoza, who also won in midweek, beating Betis 0-1. With visits to Seville and Villarreal coming up in November, this is a must win game for Emery if he wants to stay in touch with the leading three and it’s an equally important game for the under pressure Gay at Zaragoza, who need the points after a miserable start that’s seen them fail to win a single game so far this season.

Drenthe may pay to play

Real Madrid loaned out Roysten Drenthe to Hercules in the summer after he failed to ignite the Bernabeu, but the Dutchman has made a fantastic start at his new club and been a key part of Hercules’ successful beginning to the season. Unfortunately for him, a clause in his loan contract means he can only play against Real Madrid if Florentino Perez’s club receive two million Euros in compensation. Since Hercules’ have an annual budget of just 40 million Euros, Drenthe has even talked about paying the compensation himself, insisting: “I’m still hoping to play”.
Mourinho, in contrast, can send out a full strength team and has included the much-questioned Benzema in his squad for the game.

Garrido: “we’re not worrying about topping the table”

Villarreal suffered a humiliating 5-0 defeat at third division Poli Ejido in the Spanish Cup a couple of years ago, but this year they at least avoided that disaster with a 1-1 draw on Wednesday night, ahead of Sunday’s visit to Sporting Gijon. Villarreal are second, level on points with Barça and one behind Madrid and a win in Gijon could take them top, but boss Juan Carlos Garrido insists: “we are just concentrating on the game, not worrying about topping the table. We have to keep getting the points and achieve our aim of making the European places”.

Espanyol are lying fifth at the moment and although their success has been built on their 100% home record, their win in Mallorca a fortnight ago, together with their impressive 0-2 win over Valladolid in the Cup must make them confident about their trip to Deportivo on Sunday. The two Cup goals came from youngster Alvaro, who will give Pochettino a selection headache upfront . Deportivo are also without a win so far this season and another failure would put their manager Lotina under a lot of pressure, but his switch of tactics to a five man defence seemed to have made an improvement in Thursday’s 1-1 draw in the Cup at Osasuna.

Getafe’s inconsistent season continued with an away draw at Portugalete in the Cup and they face another tough test with their trip to Bilbao on Sunday – ahead of next week’s game against Barça. The Basques have a poor record against Getafe in San Mames, winning just three of the six matches between the two, but will be confident that the in-form Llorente, who’s bagged 6 so far this season, will help them to a win that would leave them level on points with Michel’s team. Atletico Madrid are another team on the edges of the European places and they will be looking for a win at home to struggling Almeria ahead of their trip to the Bernabeu next week.

At the other end of the table, Racing, lying third from bottom, suffered a 2-0 midweek Cup defeat at second division Cordoba and following last week’s miserable display at the Bernabeu, they’ll need to up their game when they take on Osasuna on Sunday, whilst Malaga, level on points with Racing and without a win in four games, are at home to Real Sociedad. 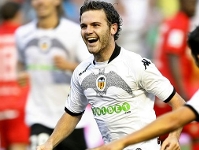 Mallorca and Levante close the weekend with the Monday night game and Mallorca boss Micheal Laudrup insists: “a win would take us up away from the teams below us and give us the confidence we want to go into our next game (against Zaragoza), but Levante are a team who’ve surprised a lot of people already and they are determined to show they deserve a place in the top flight”.