The six FC Barcelona stars have been named as FIFA and France Football magazine revealed the players that would compete for the prized award when it is announced on January 10. Pep Guardiola’s side won two trophies during 2010 and regained the Spanish league title with an incredible 99 point haul. Barça also had eight members of the Spain World Cup winning squad.

Bayern Munich are one player behind the Blaugrana with five stars up for nomination as the German giants won the Bundesliga, German cup and finished as runners-up in the Champions League. Real Madrid and Inter have four players in the list each, while Chelsea, Arsenal, Atlético de Madrid and Sunderland have one each. 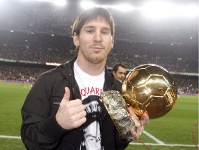 This the first year in which the best player in the world will receive one award as France Football and FIFA agreed a deal to unite their respective Ballon d’Or and World Player of the Year prizes. Last term Messi won both gongs after a superb 12 months, but will not be aiming to lift just the one treasured prize. 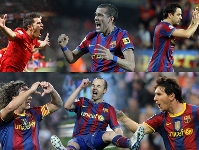