Mascherano - the boss is back in charge!

Mascherano - the boss is back in charge!

Wednesday night saw Javier Mascherano back to his best as he dominated the middle of the park, both in attack and defence, putting an end to the run of games in which he’d not yet won a game as a member of the starting 11 with Barça.

After having joined late in the summer, Mascherano has needed time to settle in, but Wednesday night’s performance seemed to confirm that “the boss” as he’s known in Argentina, was back! 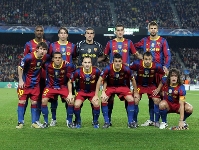 The stats speak for themselves with Mascherano finishing the game as the player who recovered most possession -13 tackles in a game in which he committed just a single foul. He was not just a destroyer though, receiving the ball on 20 occasions and making 81 successful passes, just five behind Busquets on 86. 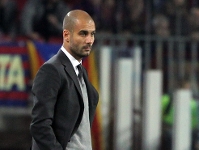 Boss Pep Guardiola was full of praise for Mascherano after the game, claiming: “he’s a player who knows how to read the game when we are going forward and use the long ball. As a human being, he’s a great guy. He’s won over the squad with his attitude and we really like that kind of person. He’s the captain of Argentina and at his age, that’s for a reason”.

End of a bad run

Javier Mascherano had started three games so far this season – against Hčrcules, Rubin Kazan and Mallorca - and none of them ended in a win, a run he ended against Copenhagen: “That’s not what matters” he insisted after the win. “what counts is that we won the game and that take s us closer to qualifying for the next round”. 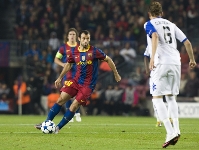 Javier Mascherano played alongside Sergio Busquets on Wednesday, a player who in theory has a very similar profile to the Argentinean, but that’s no problem for Mascherano who reckons: “I felt fine playing with Busquet. He’s a very intelligent player, he knows the team well and it’s very easy to play with him”.