“Because of the quality of the opposition, their good preparation and the fact that so little has been said about them” Guardiola feels Wednesday’s game with Copenhagen at the Camp Nou could be a dangerous one.

Much more has been said about club politics over the last few days than about the forthcoming match with the Danish champions, and that worroes the Barça manager. He thinks this is “the second most important match of the season … I have experienced a lot of games like this and you need to be very careful indeed”. 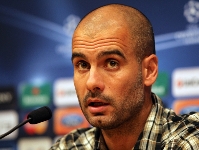 “I sense a difficult match, mainly because of the quality of the opposition. They are very physical and very well prepared. We’ll need all our mental strength. Very little has been said about Copenhagen. But they have six out of six in the Champions League. I’m convinced that if we aren’t careful, brilliant and fast, their powerful strategy could make things very difficult for us indeed” said Guardiola.

Aware of how important the three points are, he said “this would mean an important step towards the next round … it is a vital match, one of those that can determine your future.” And for the supporters, he called that “we need everyone. For tomorrow’s game we will need the fans just as much as we did against Valencia”. 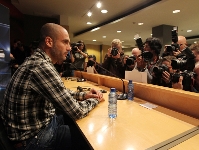 Going back to the Assembly and the vote to proceed with investigations of the previous Board of Directors, the Barça manager made it clear that this in no way has to have a negative effect on the players. “The fans can be assured that the players will keep responding as they do. It’s only natural for them to talk, because something like this has never happened before. There’s a strong wind blowing, and the sooner it dies down the better. I hope it’s all over as quickly as possible. But I can guarantee that it won’t affect the team, I’ll be making sure of that myself.”

Going back to FC Copenhagen, Guardiola said they are “a well organised, academic team, they are well organised in defence and work well down the wings. Their manager has done a good job. He’s got a lot out of this team. They can beat us here and anywhere.” 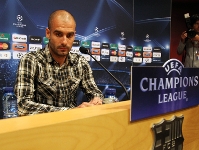 The midfielder ended Saturday’s match with Valencia with the same trouble he was suffering earlier, and he may not be able to make Wednesday’s game. Guardiola said he’d be making no decisions until the day of the match, because “he was in pain after the game, but has improved since … Xavi is unique in many ways but we have alternatives, and they are players that can do very well”.