Messi: "We have never had doubt"

Messi: "We have never had doubt"

Lionel Messi believes that FC Barcelona will have to be careful about the strengths of FC Copenhagen, but believes that the Blaugrana have shown that they are in form with the comeback against Valencia.

The Argentinian spoke to a busy press room ahead of the third Champions League group stage of the season against surprise group leaders and reflected on the morale boost that winning at the weekend gave the players. "We have always been calm," Messi explained. "We never had any doubt. Things had not been going well for us at home, but against Valencia we showed that the team is fine." 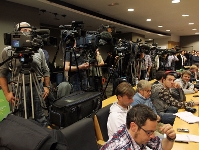 With so many fixtures early in the campaign Messi believes that maintaining the same tempo could have an effect. "We have had a lot of games lately and maybe we are feeling a bit tired," he revealed. But we are well. Now we want to start scoring more goals because we are creating lots and lots of chances, but have not had any luck in and around the area." 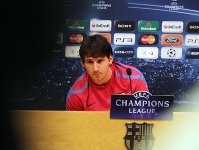 Looking ahead to the visit of Copenhagen in midweek Messi felt that the Danes' form this term in Europe should not come as a surprise. "It will be a difficult game, like all the Champions League matches," he continued. "They come here having won their previous two outings and they are top. Also, they have won in Greece. It is good that Copenhagen are first because we can see who we are playing and we will go out looking to play well from the start of the game."

The majority of teams approach playing in Camp Nou by employing defensive tactics and Messi knows that could well be the case again this week. "Lately, we are playing more and more games where the opposition are shutting up shop at the back, like against Rubin," he said. "We try to move the ball quickly in order to find space." 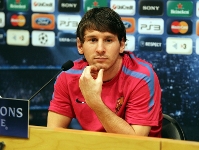 Lionel Messi and the Barça squad are paying close attention to the fitness of Xavi Hernández, but the Argentiniian thinks that the team will cope if he cannot play against Copenhagen. "Xavi is a very important player for us and we always want him to play," he explained. "Anyway, we have enough replacement to step in because we have a very strong squad."