Samuel Eto’o returned to FC Barcelona on Wednesday as he visited the Ciutat Esportiva training complex to see his former team-mates and meet with Andoni Zubizarreta and the youth team staff to talk about his charity work.

The Cameroon international striker surprised the Blaugrana stars as he appeared to watch them be put through their paces just over a year after he left the Catalan club to join Inter. Eto’o spent five years as a Barēa player in a spell that saw the club rejuvenated under Frank Rijkaard and then Pep Guardiola. 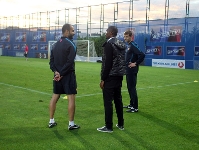 After entering the dressing rooms to speak to his friends in the squad Eto’o did not miss the chance to watch the first training session to include all the international players after the recent round of qualifiers and friendlies. As well as talking to various members of the staff, Eto’o had a chat with Guardiola and joked with the players as they enjoyed their work-out. Lionel Messi was evidently pleased to see the star who he once provided with so many great goals. 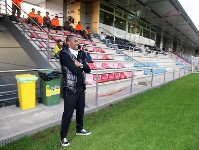 Eto’o confirmed that he was at the Ciutat Esportiva complex to meet with Zubizarreta, the club’s sporting director of professional football, and those responsible for the youth set-up to maintain the links that the Samuel Eto’o Foundation has with the Fundació FC Barcelona. 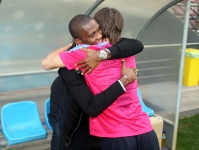