“Thanks to Valencia I am now with Barça”

“Thanks to Valencia I am now with Barça”

David Villa is looking forward to facing Valencia for the first time since he left when they visit Camp Nou in just over a week's time and paid tribute to the club that gave him a springboard to success.

The striker spent five seasons at Mestalla and believes that going up against them will be a special occasion. "Valencia gave me everything from a football point of view," he explained to www.fcbarcelona.cat in an interview.

What are your feelings leading up to the game against Valencia on October 16? 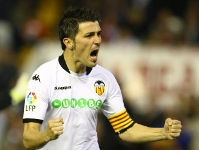 "They are very special because it is a team where I enjoyed being for the last five seasons. I have great memories. I am happy to play against them, but above all I want to see all the friends I have there and enjoy seeing them, even though it will only be for a day."

Where does Valencia stand in your career?
"I made my first few steps at Sporting and then played for Zaragoza, but Valencia gave me everything from a football point of view. During the last five years I have been picked for the Spain squad, I have played in the Champions League, I have played for a lot of trophies and earned one and there is no doubt that they have been the most important years of my life. Thanks to them I am now at Barça."

If you score against Valencia will you celebrate?
"I will try to score. I am a professional and I now play for Barça, but I will not do that just like against Sporting. I have a lot of affection for everyone at Valencia and respect to everyone that helped me to become a better player, so for that reason I will not celebrate."

It appeared that when you, David Silva and Carlos Marchena left Valencia might struggle, but they are now top. 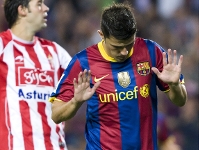 "They are doing very well. Valencia are a great side and they will not struggle just because one, two or three players leave. Their signings have been very food and they help a lot while they already had some great players there. A strong team is always going to be at the top despite players that have been important in the past few seasons have left."

Víctor Valdés will face Valencia without you being an opponent.
"It is true that when I played against him in recent seasons I scored, but he will still have to be ready because they have great forwards now. It will be a difficult game and will be tough to keep a clean sheet." 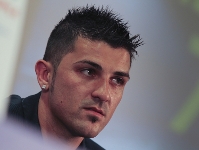 What do you miss about the club and the city?
"Here I have everything, but I miss the daily things. Above all, things like going to Paterna in the morning to have breakfast with the players, sharing a room with Joaquín and speaking to (the Valencia kit man) Espańeta. I spent some great time there and I will miss those things."