Following the draw with Mallorca, Guardiola insisted that ōwe did everything we had to to win there can be no excuses, it was a game we should have won and we didnÆtö.

The boss went on: “we dropped two points. We put in a good game, but scoring is part of the game. We are making plenty of chances to put the game away, but we are not taking them. The players know they did everything, but we just couldn’t score. There can be no excuses. We should have won and we didn’t”.

“We didn’t take our chances” 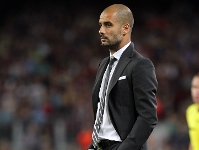 Mallorca’s equaliser came, according to Guardiola: “because we didn’t close the game down. We failed to win because we failed to take our chances. We have to learn that lesson and make sure it doesn’t happen again. You can look at the game and see how well we played and then see just how we have to finish that off by closing it out”.

Need to sharpen up

Guardiola also made it clear though, that he was “not at all unhappy. It was a top class game and the players put in a good performance and should have won the match. I though the team was very, very good. We created plenty of chances and played a lot of football. The players have plenty of goals in them and know how to finish, they know they just need to sharpen up a little and that’s what we’ll be working on with them”.

Finally, the boss congratulated Nolito on his debut, claiming that both he and Thiago ”did really well – these minutes on the pitch will help build them up”. 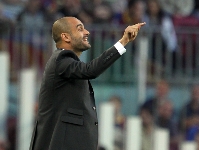 Quizzed about the state of the pitch, Guardiola admitted: “I can’t say that was the cause of our failure to win. Evidently we would like it to improve. The truth is that all the La Liga pitches are suffering, but we have been assured it will be okay for the Valencia game”.
de cara al partido contra el Valencia estarĒa bien. Esperamos."