Leo Messi is the second player to win the Golden Boot while playing for Barça. Krankl, Stoitchkov, Pizzi, Larsson and Henry all won it and later joined the club.

The Golden Ball is awarded by France Football to the top scorer in European leagues. Since it was first presented, 1967, only Ronaldo Nazário (1996-97) has won it by scoring g goals for Barça. The Brazilian got the same tally of 34 goals that served for Messi to succeed him as an FC Barcelona winner. 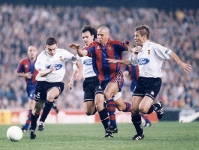 The 1996/97 season was the only one in which Ronaldo played at the Camp Nou, where he combined power, skill and a lethal shot to score 47 goals in 51 games as the late Bobby Robson’s side won the Spanish Super Cup, Cup Winners Cup and the Copa del Rey. Ronaldo left FCB to play for Inter Milan, and also won the Golden Boot with the Serie A side. 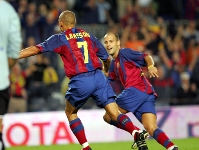 Ronaldo and Messi are not the only Golden Boot winners to wear the famous Barça shirt. Five other players in club history also won the trophy, but did so before signing for the Catalan giants. They were Hansi Krankl, Hristo Stoitchkov, Juan Antonio Pizzi, Henrik Larsson and Thierry Henry, the latter winning twice in his Arsenal days. 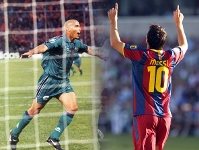