Within the first five games of the new league season FC Barcelona have picked up maximum in two of the most difficult away games as they added the triumph against Athletic Club to their victory at Atlético de Madrid.

In just under seven days Pep Guardiola's team have travelled to Vicente Calderón and San Mamés and come away with six points from the two encounters. Both grounds are historically hard places for the Catalan outfit and the wins prove what great form the team are in and the spirit and determination that all the players have. After winning 1-2 last weekend against Atleti, the Blaugrana followed up with a 1-3 success on Saturday evening against Athletic. 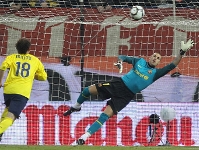 Last season Barça were beaten 2-1 by Atlético de Madrid away from home and were held to a draw by Athletic Club, so they already have five more points from those two tricky fixtures.

It is unusual that Barça have to play both Atlético and Athletic Club away so early in the season. The last time that they met them both in the opening weeks came when Frank Rijkaard was in charge in the 2003/04 campaign and after winning 0-1 against Athletic Club they were held to a goalless draw in the Vicente Caldéron. 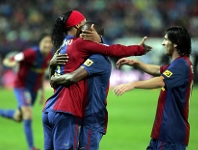 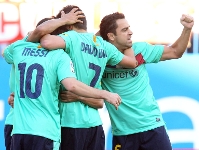 Barça have been more effective away from home than in Camp Nou in the first few weeks of the season as they have scored eight goals on their travels and just once in front of their own fans.