Thiago Alcántara has been called up to the FC Barcelona squad for the game against Athletic Club de Bilbao on Saturday evening as Lionel Messi and Éric Abidal miss out.

The B team starlet is included by Pep Guardiola in the list that the coach revealed after training on Friday. Having spent the day before warming down from the Sporting game, the focus turned to Athletic the day before the trip to the Basque Country. 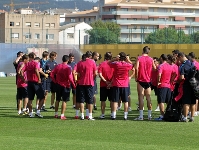 Messi worked on recovering from his injury at the side of the pitch as the players were put through their paces. Along with 17 first-team player Alcántara stepped up from the B squad and impressed enough to be named in the squad for the game in San Mamés.

Abidal has been given permission by the club to be away for family reasons and he will miss Saturday's match. 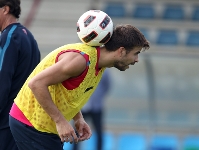 The Barça squad will travel to Bilabo at 11am on Saturday morning and are scheduled to land 70 minutes later before travelling to a hotel where they will stay until game time comes. 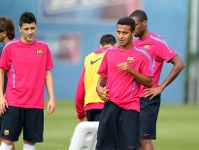