Barēa will play their 2500th league game this Wednesday when Sporting visit the Nou Camp.

Athletic Bilbao and Real Madrid, the only other clubs to have been ever present in the Spanish top flight since its inception in the1928/29 season, will also both reach that number when they play on Tuesday.

Since that first league season began at the Sardinero on February 12th 1929, Barēa have had their ups and downs over the last 80 years, wining the inaugural championship at the end of the golden era at the club (1919-29), they then slipped into a long and profound crisis which was to last through the thirties and into the post-war years. 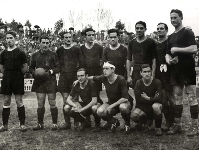 Durant that period, Barēa hit rock bottom in the 22/34 season when they finished next to bottom and were saved the ignominy of relegation because of the expansion of the league from 10 to 12 teams and no teams went down that season. In 1937 during the Civil War, Barēa won the Mediterranean League, a competition which was later annulled and whose games are not officially counted. Following the end of the Civil War, La Liga restarted and in 1941/42, the team finished 12th and had to win a playoff to stay in the top flight, something they did by beating Murcia 5-1.

With Josep Samitier as coach, Barēa won their first league title for 16 years in the 44/45 season and went on to take six more league titles over the next 16 years to become a reference point in the Spanish game. The sixties were the start of another bad period however and the club won just two more title before 1990. The boosts given by the signing of Johan Cruyff as a player in 1973 and the arrival of Terry Venables in 1984 proved to be ephemeral and as 1990 began, the club could only boast 10 league titles in the previous 60 years. 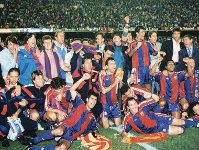 The 1990/91 season was to mark a turning point and the birth of the first “Dream Team”, as the club became identified with a freewheeling, attacking and entertaining style of play that helped them throw off the stigma of underachievers they’d been labelled with since the sixties. Over the next 20 years the team won 10 league titles – something it had taken the club the previous 60 to achieve. The winning mentality has reached its peak with Josep Guardiola in the manager’s seat as the team has enjoyed unprecedented success and prestige. 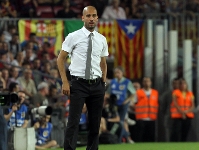 The winning mentality has reached its peak with Josep Guardiola in the manager’s seat as the team has enjoyed unprecedented success and prestige. A look at the stats shows just how successful Guardiola’s team has been: of the 2,500 games played since the league began, 55% - 1379 – ended in victory for Barca. Since Pep has been in charge, the team has won 60 of its 79 league games, representing 76%.

With the Civil War raging, the Republic organised a league championship for Catalonia and Valencia, known as the Mediterranean League, which Barēa won with 20 points from 14 games. Although the league was officially sanctioned, on achieving power the fascist junta ordered all such tournaments held in the Republican areas to be abandoned and annulled, meaning that those 14 games do not officially count as Spanish League matches.

Barēa finished 12th of 14 teams in the 1941/42 season and had to face a playoff game against Murcia to guarantee their place and avoid relegation. The game was played at Chamartķn on 28th June 1942 and Barēa won 5-1 with four goals from Mariano Martķn- If we were to count that as a proper league game, the match against Sporting would be Barēa’s 2,501st .