As an Asturian native and a lifelong Sporting fan, it’s always a bitter sweet feeling for David Villa when he scores against the Gijon team. This Wednesday he’s got the chance to beat Sporting at home for the first time in his career.

Villa doesn’t normally celebrate his goals against Sporting and when he played against them for Valencia he failed to come away with a win on both occasions the Gijon team visited Mestalla, whilst he won once and drew the other time he visited El Molinon. 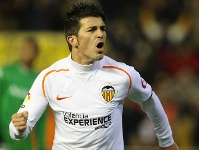 Villa has scored in three of the four games he’s faced Sporting – twice from the penalty spot. On Sporting’s first visit to the Mestalla after promotion, they won 2-3, a result reversed in the game at El Molinon and Villa scored penalties in both games.

Last season the teams drew both games -2-2 in Valencia with Villa getting both goals and a goalless draw in Gijon, the only game that the Spanish striker failed to score against his favourite team. 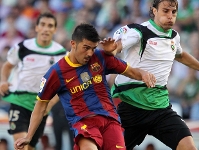