Plenty of wins without Messi in the past

Leo Messi has missed 17 games since Guardiola took over as manager and the good news for the team is that only four of those matches ended in defeat, with three draws and ten wins. What’s more, three of the four defeats came in games where nothing wa

Messi will definitely miss the next two games, but in the past the team has been able to more than make do without their Argentinean star, only losing when he’s been out away to Wisla(1-0), Shaktar (2-3) and Mallorca (2-1) and at home to Osasuna (0-1) in the 2008/09 season. Only in the first of those games was anything actually at stake.

Wins against Sporting and Bilbao 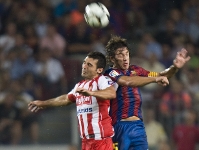 Curiously enough, this won’t be the first time that Leo has missed games against Sporting or Bilbao. Last year’s opening fixture at the Nou Camp saw Barça beat Sporting without Messi and Bilbao lost 0-1 at San Mames in the 2008/09 season, as well as in the first leg of last season’s Spanish Super Cup in the Basque country(1-2) when he was also absent.

The team have also recorded important victories against big teams when Messi has been unavailable, beating Seville 4-0 at the end of the season before last and Inter 2-0 in the group stages of the Champions League last year. Winning without Messi should be nothing new for the team – just like winning with him! 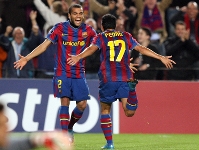