This year, matches in the Champions League will feature two additional assistant referees situated alongside the goals to help resolve any issues in the penalty area.

By increasing the number of officials from four to six, UEFA hopes to reduce to a minimum any controversial mistakes. The format was tried last season in the Europa League and will be used for the first time ever in the Camp Nou on Tuesday. 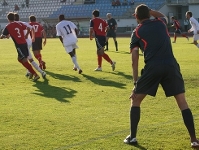 An assistant referee will be situated alongside each goal to keep an eye on everything that happens in the penalty area. However, the referee will still have the final say on any decisions.

Matches will now be controlled by a total of six officials: the referee, the two assistants (or linesmen), the fourth official and the two additional assistant referees. Experiments with the changes have been taking place since the under-19s European Championship in 2008. 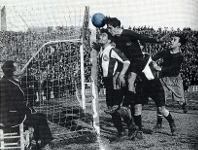 The presence of the two additional assistant referees on Tuesday will be a first for the Camp Nou. However, in the 1920’s and 30’s, goalmouth referees were used in the Club’s old Les Corts stadium. 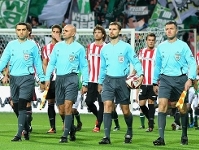 Substitutions to be modified

This season’s Champions League will also feature a change in the manner of announcing substitutions. The representative of each team will be responsible for introducing the substitutions on the electronic marker board which will then be displayed by the fourth official. The idea is to free up the fourth official so that he can concentrate on the game.