The shirt numbers were announced on Wednesday. Bojan will takeover the number’9’ while Jeffren will have his number ‘11’ shirt.

Now that the transfer window has closed, the shirt numbers of the 9 players in the senior squad have been finalised. Most of them remain the same as last year – the only changes are that Bojan will take over the number ‘9’ from Ibrahimovic and pass his number ‘11’ to Jeffren. 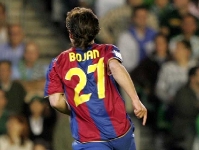 For Bojan, it will be a return to the shirt number that he wore throughout his time in the youth squads. He is the first home-grown player to wear the number ‘9’ shirt since Jordi Cruyff, 15 years ago. Bojan broke into the senior squad three years ago with the number ‘27’ shirt and for the past two seasons has worn the number ‘11’. 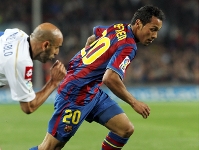 He will now pass the number ‘11’ to Jeffren Suarez, who is in his second season with the senior squad. The winger player 18 matches last season. His previous shirt, number ‘20’, remains unused.

In addition, there will be no number 4 or number 24 shirts. Last season they belonged to Marquez and Touré respectively. Meanwhile, the number '21' worn by Chygrynskiy has gone to Adriano while number '14' (Henry) will go to Mascherano. David Villa has taken the vacant number ‘7’. 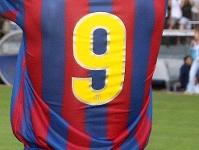