FC Barcelona coach Pep Guardiola will be without 14 first-team players for the next ten days as international games take centre stage after only one game of the new Primera season.

The Blaugrana boss has allowed those stars that remain some time off too as he has pencilled in three training sessions this week. After making their league bow at Racing Santander on Sunday with a win many of those that appeared in that game will now jet off to join up with their national team for a series of qualification and friendly matches. 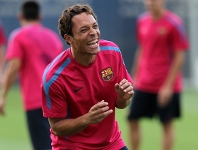 Along with the 14 players Javier Mascherano is also expected to team up with the Argentina squad once he has put pen-to-paper on a deal with Barça. The midfielder is due to undergo a medical on Monday after the Catalan club agreed a transfer with Liverpool.

Along with players from the club’s B team, Guardiola will José Manuel Pinto, Maxwell, Adriano, Éric Abidal and Seydou Keita to work with. 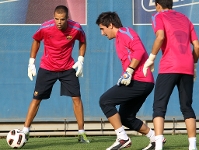 There will be a training session on Tuesday at 10:00 at the club’s Ciutat Esportiva complex and the players will also practice on Wednesday and Thursday morning. The squad will then be given a break and not return to training until next Tuesday. 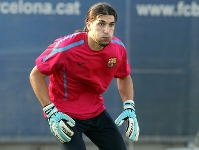