Newly promoted Hercules host the first game of the La Liga 2010-11 season when they take on Atletico Bilbao at the Rico Perez Stadium on Saturday at 18.00.

Real Sociedad and Levante, the other two promoted teams, also kick off at home against Seville and Villareal respectively, whilst Madrid travel to Mallorca and Valencia are away to Malaga.

Hercules will have to manage without their record signing Nelson Haedo Valdez, who is injured, as well as Mohammed Sarr and Dutch keeper Piet Velthuizen who were both signed during the summer and are not yet match fit, whilst Bilbao will look to their World Cup winners Javi Martinez and Fernando Llorente to kick start what could be a big season for the Basque outfit. Llevante will also be without their big summer signing, the Uruguayan striker Christian Stuani as they look to deepen Seville's woes with a wining start to the season in their 22.00 kick off on Saturday night.

Real Sociedad will mark their return to the top flight with a game against Villarreal on Sunday in which the Basque's new centre forward Joseba Llorente could team up with Raul Tamudo to lead the attack against his old team. 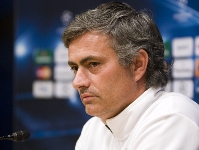 Real Madrid's umpteenth new project starts the season with a tough looking trip to Michel Laudrup's Mallorca. Mourinho will take his new signings Khedira, Calvalho,Ozil, Pedro Leon and Di Maria to the newly named Iberostar Stadium in Mallorca, though Kaka is a long term injury absentee and it's Higuain who may well be most looking forward to the game as he's scored in each of the last three games between the two teams. Laudrup can count on his new signing Cavenaghi, brought in to replace striker Artiz Aduriz who moved to Valencia in the summer and the Basque front man will probably be his team's main attacking reference point in Saturday's game at the much changed Malaga, as fellow new signing Soldado is injured. Malaga have signed seven new players over the summer and new owner Sheikh Abdullah Al.Thani appointed Jesualdo Ferreira as manager, whilst Valencia start the post Villa and Silva era with a tough looking Champions League group ahead of them.


In the weekend's other games, Espanyol are at home to Getafe, Osasuna entertain Almeria and Deportivo and Zaragoza meet at the Riazor. Atletico Madrid's game against Sporting Gijon is scheduled for Monday night after the Europa Cup holders' exertions in the European Super Cup Final against Inter on Friday. 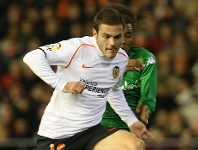