'Ronnie' returns to the Camp Nou with Milan

Ronaldinho returns to the Camp Nou with AC Milan

This year’s Joan Gamper trophy will feature one of the true giants of world club football, AC Milan, along with a player who delighted Barça fans from 2003 to 2008.

The presence on Wednesday evening of the Milan team and former Barça star Ronaldinho guarantees a fantastic evening of football. It will be the third time the seven times European champions have graced the Joan Gamper Trophy while for Ronaldinho it will be a return to the stadium that saw him crowned as the best player in the world. 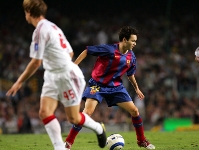 Eighteen years earlier, on 19th August 1986, Milan made their first appearance in the Joan Gamper. The tournament featured four teams and Barça – managed by English coach Terry Venables – beat Milan 3-1 in the semi-finals with goals from Victor, Hughes and Pedraza.

Ronaldinho back in the Camp Nou 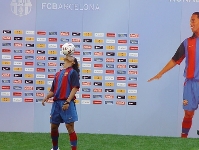 For Ronaldinho, it will be his first reappearance in the Camp Nou since leaving Barça two years ago. It will be a chance for the fans to show their appreciation for the five wonderful seasons he spent at the Club.

From 2003 until 2008 he helped re-launch a team that had spent four seasons without winning a trophy. His special brand of Brazilian magic and his extrovert personality influenced an entire team. 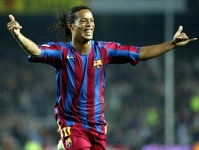 Ronaldinho was the leader of the team that conquered Europe. He won the Champions League, the Spanish league title (twice), and the Spanish Super Cup. He was recognized as the bet player in the world, winning the Golden Ball and the FIFA World Player (twice).

He left Barça in the summer of 2008 and signed for AC Milan. His return on Wednesday evening will delight Barça fans everywhere. 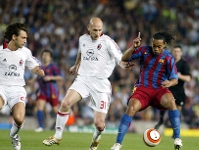 This Wednesday’s match will be the first time Ronaldinho has played against Barça, either with Paris SG or with Milan. However, last season Milan took on Real Madrid in the group phase of the Champions League, winning 2-3 in the Santiago Bernabeu and drawing 1-1 in the San Siro, Ronaldinho scoring from the penalty spot.