Football returns to Camp Nou on Saturday evening three months after the stadium last saw action when Barça took on Real Valladolid on May 16.

Sevilla are the Blaugrana’s first opponents for the new season as the Andalucian outfit visit for the second leg of the Spanish Super Cup tie.

FC Barcelona’s last game in their own stadium was in the league in May when Valladolid were beaten 4-0 and 96 days later the new campaign will kick off. 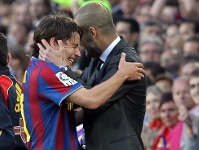 Last season Camp Nou was like a fortress for Pep Guardiola’s team as the hosts won 25 of the 28 matches played there while drawing one and losing just twice.

In those 28 games Barça scored 80 goals and let in just 16. Villarreal in the league, Sevilla in the Copa del Rey and Rubin Kazan in the Champions League were the only sides to leave with anything. 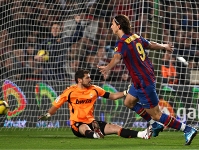 The highlights of last term in the Catalan arena were the 1-0 win against Real Madrid when Barça played the second half with ten men along with the goalfests such as the 6-1 win against Real Zaragoza, the 5-2 triumph over Atlético de Madrid and the 4-0 victory against Sevilla. 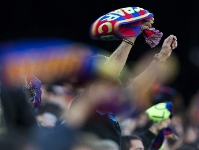 Barça need another strong home performance this weekend as they look to bounce back from losing the first leg of the Spanish Super Cup 3-1 last weekend and Guardiola has asked for the fans to help the team.

“It is a trophy and we need the supporters,” the coach explained. “After what they achieved last term the players deserve to play in front of a full house.. We are playing for the Super Cup that we won last year and the players need the support so that they can play well and try to come back to win the first trophy of the year. 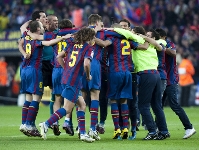 There may have been no football at Camp Nou since May 16 but there has been plenty of activity with the pitch receiving a special treatment to improve it. Also, 59 ladies toilets have been refurbished within the arena.