Two years ago today, Pep Guardiola made his debut on the bench in an official game when the team beat Wisla 4-0 in a Champions League qualifier at the Nou Camp, a victory that was to be the start of an astonishingly successful two years.

Thirteen may be unlucky for some, but the thirteenth of August 2008 was a lucky day for Barca and all their fans as it marked the start of Guardiola’s brilliant career in charge of a team who have already won so many titles in his first two years and will surely go on to win more.

“The most important game of the season” 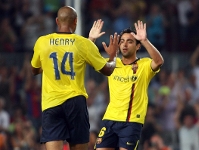 That’s how Guardiola styled the match against Wisla, which the new boss new his team had to get through if they were to reach the Champions League proper. Although Messi was away at the Olympics, Barca breezed through the first leg 4-0 with goals from Eto’o (2), Xavi and Henry, which virtually guaranteed the tie and proved to be the first step on the road to the win over Man Utd in Rome that gave the club its third European Cup.

Guardiola’s first game gave the fans hope after a two year period without a title, but not even the most optimistic could have imagined the Catalan would take his team to a historic treble in his first campaign, before claiming a second league title, with a record 99 points, European and Spanish Super Cups and the club’s first World Club Cup title last season. 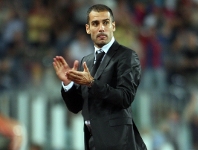 Guardiola went into his first game without even being officially presented to the Nou Camp fans. Not until three days later at the Joan Gamper Trophy when Barca beat Boca Juniors 2-1, were the squad and their new boss officially unveiled.